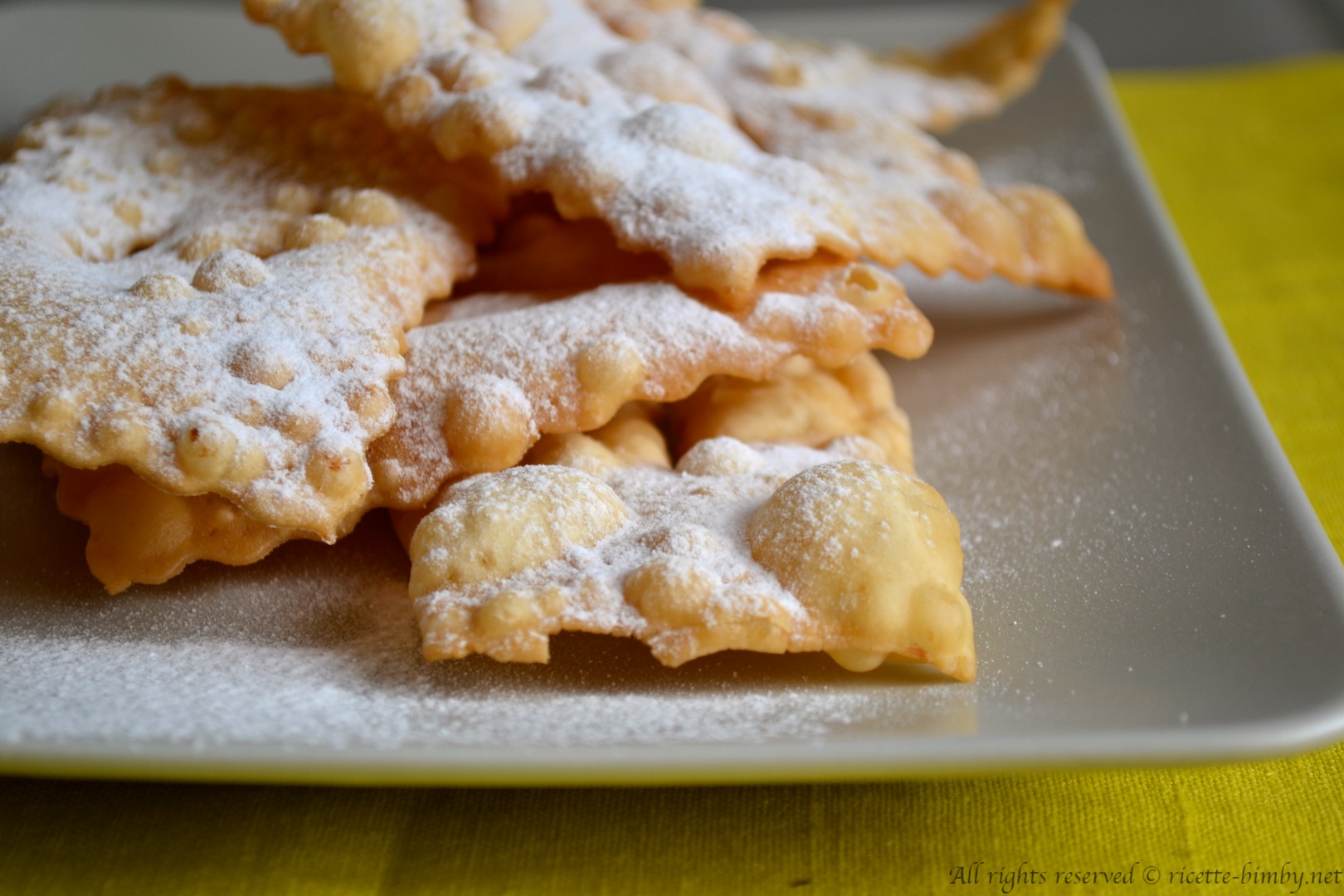 The chatter is not a typical Sicilian dessert, but it is a truly national dessert, in each region they take a different name but the substance does not change: Frappe, rags, chatter, lies, traps, galani, frittole, crostoli etc. etc. According to historians, even this sweet dates back to ancient Roman times, and they were called "frictilia" and were fried in lard, they were used to celebrate the "saturnali" (festivity that corresponds to our Carnival). The women of the ancient Romans prepared it in large quantities, it must last until Lent. The custom was to offer it to the crowds on the streets while celebrating. The tradition of frictilia has reached the present day with obviously variations due to time and the region in which they are prepared. There is another legend for the name of this dessert, this of Neapolitan tradition. The queen Savoia was chatting with a group of people, at one point she was hungry and called the court cook, Raffaele Esposito, who prepared this cake and in honor of that moment called it "chat",

Arrange the flour, after sieving it well, in a fountain. In the middle place the butter softened with flakes, the sugar, after having beaten the eggs add these too. Finally add grappa, wine and grated lemon rind and finally a pinch of salt. Carefully knead all the ingredients until a smooth and elastic dough is obtained. Form a ball and cover it to leave to rest for 30 minutes. After resting it, reshuffle again and cut into strips of about 8 cm. Fry in plenty of oil and place in absorbent paper, when they are cold sprinkle with powdered sugar.