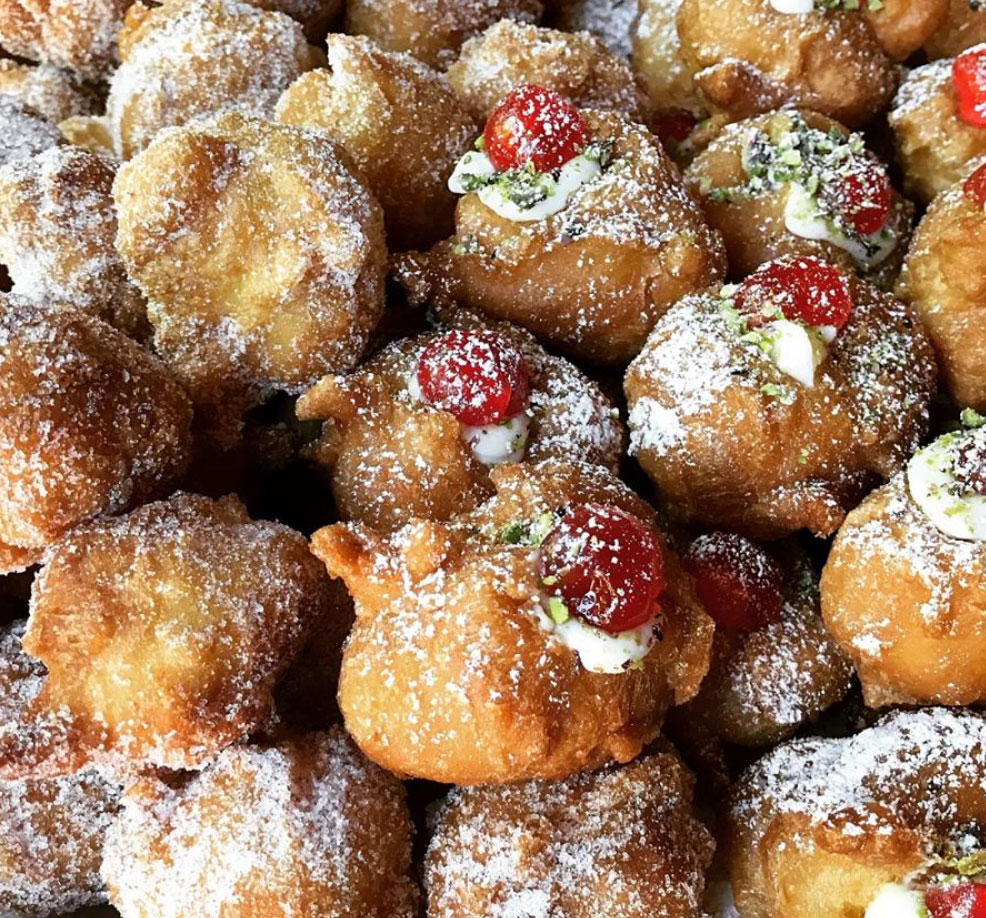 Traditional sweets of the feast of St. Joseph. It names Sfincia derives from the Arabic is sponge meaning, in fact when it tries to go in it if it swells leaving porosity inside just like a sponge pit.

1 Put lard and salt in water and boil. Incorporate the flour and mix continuously until the dough becomes hard.

2 Lead the pasta if cooling goes, spread it with it rolling pin until the pasta will become lukewarm. At this point, if you reform with the single-body pasta and if you combine 8 of the 10 eggs one at a time (combine the next wheno egg it precedes to be well absorbed by the pasta).

3 Add the pinch of baking soda and work, then add the final two eggs with the same procedure described, late when the pasta is well blended.

4 Takes the teaspoonfuls (not too much grown pocket at a time) and dip them in the oil, not too boiling my hot enough, and cook, for about twenty minutes, continually dipping them, end when the "sfince" will be golden brown. Man manches the saraban sphinx ready, puts to drain on absorbent paper and let them cool.

5 Prepare the ricotta cream then add the chocolate and the zuccata into small pieces, mixing everything well. At this point, make a hole in the "Sfinci" and make sure you get the cream enters, then spread it on the outside again. Decorate with the chopped pistachios and, if soar, with the orange peel or the candied cherries.